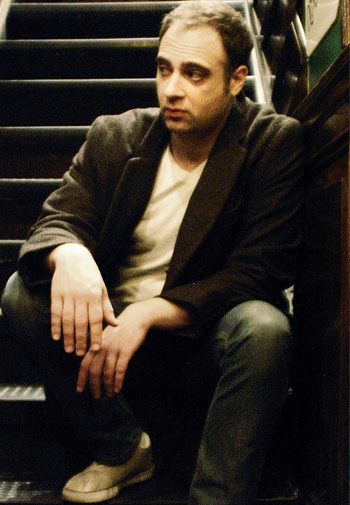 Kurt Metzger is an Emmy and Peabody Award winning writer and producer who recently played a series regular alongside Alan Alda, Jessica Lange, Steve Buscemi, and Edie Falco on HORACE AND PETE. He is best known for his work on Inside Amy Schumer where he earned two Emmy nominations and one win. He has appeared on Comedy Central’s Roast Battle, @Midnight, The Nightly Show with Larry Wilmore, This Is Not Happening, Late Night with Jimmy Fallon, Comedy Knockout, What’s Your [email protected]#King Deal!?!, The Approval Matrix, and more. He also wrote for Chappelle’s Show, The Jim Norton Show, Dave’s Old Porn, Ugly Americans, the Comedy Central Roasts, and numerous award shows including the MTV Movie Awards and the Spike TV Video Game Awards. His hour special, “White Precious” is available on Comedy Central 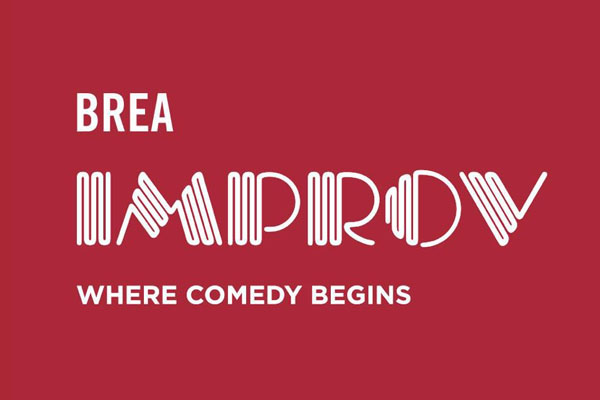 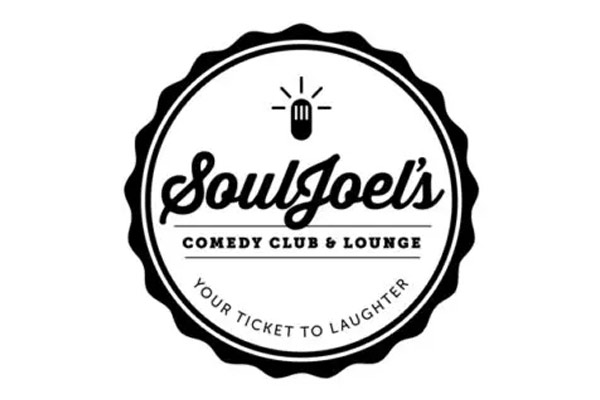 Emmy-Winning Song from Inside Amy Schumer 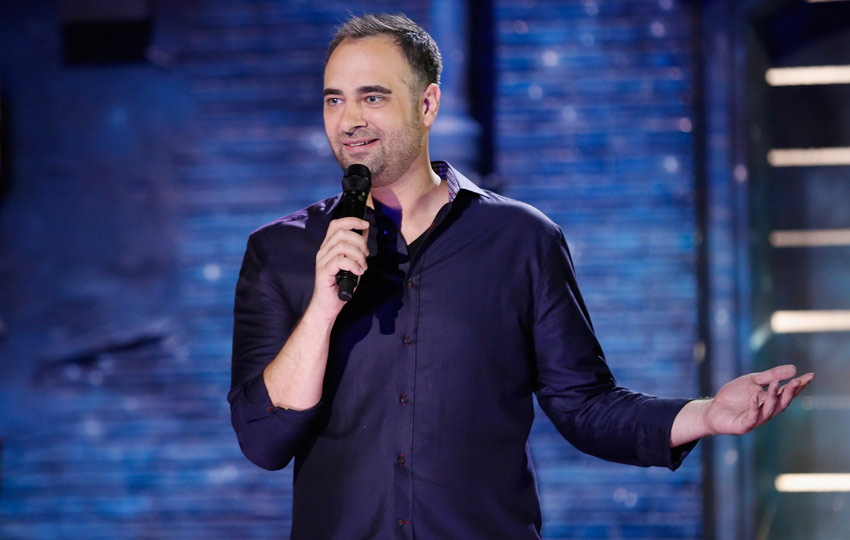 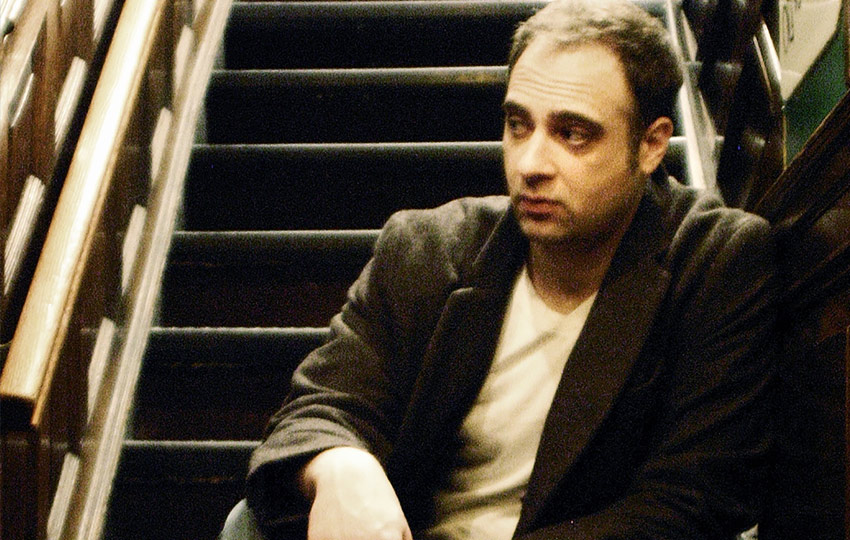 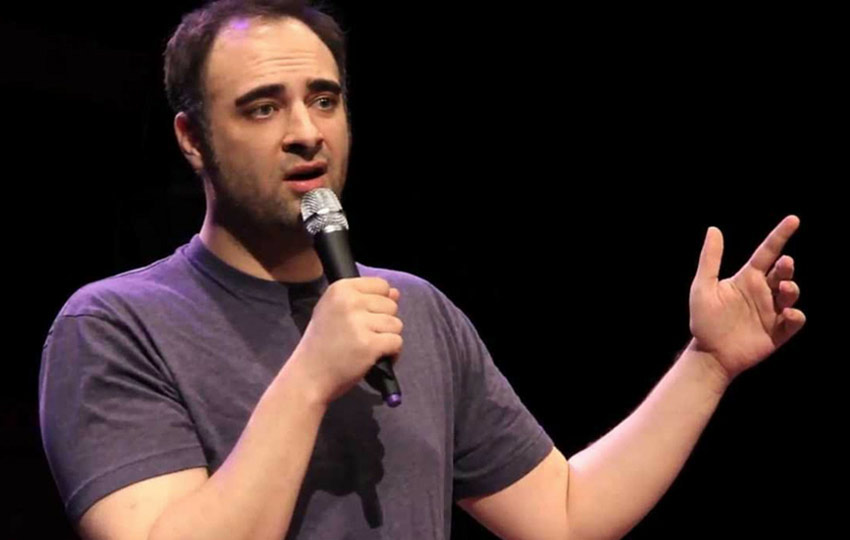 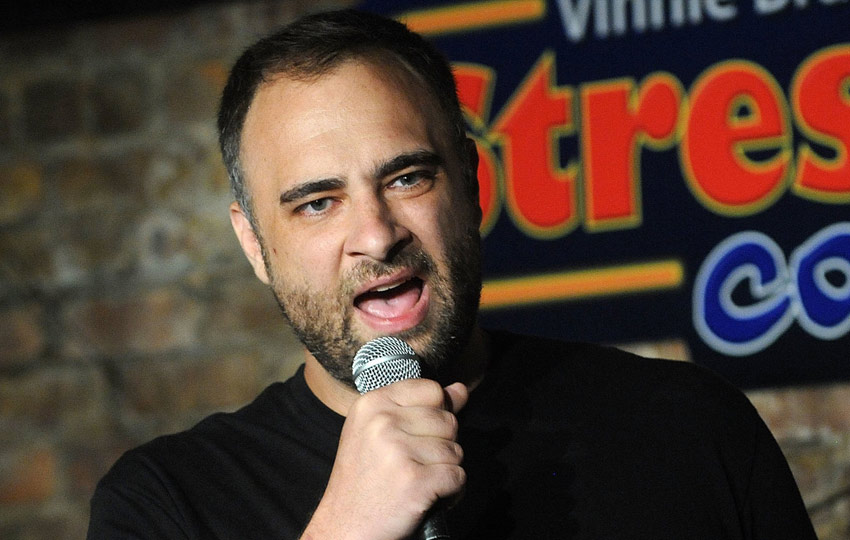 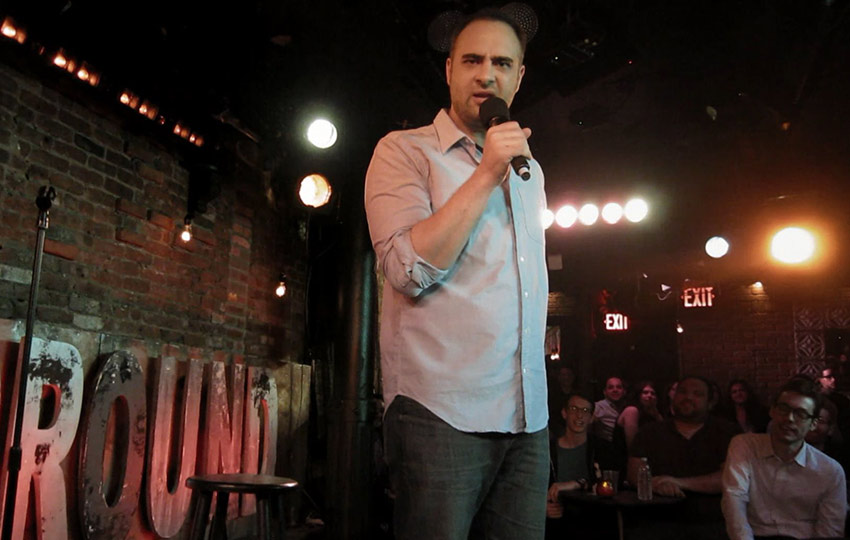 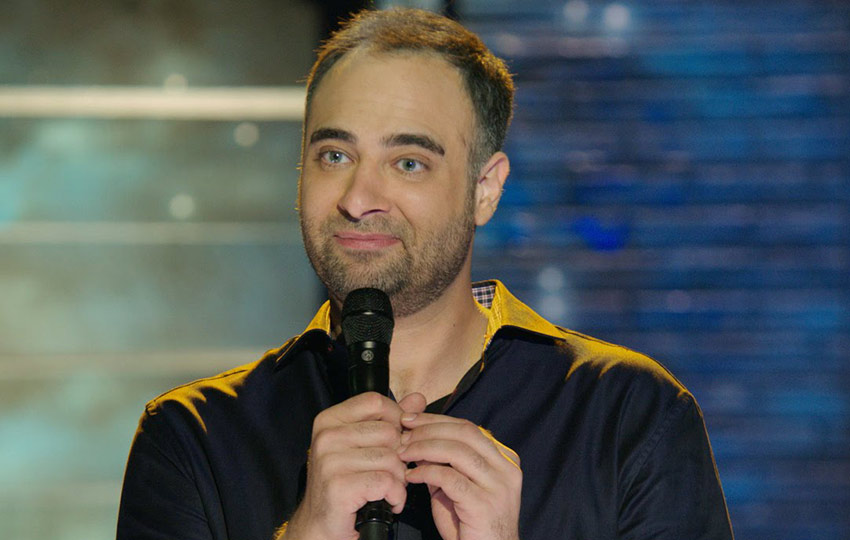 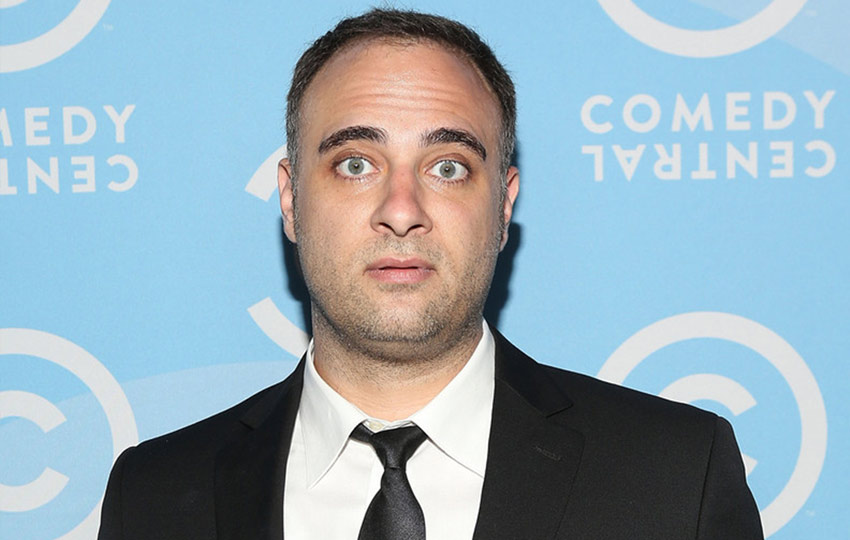 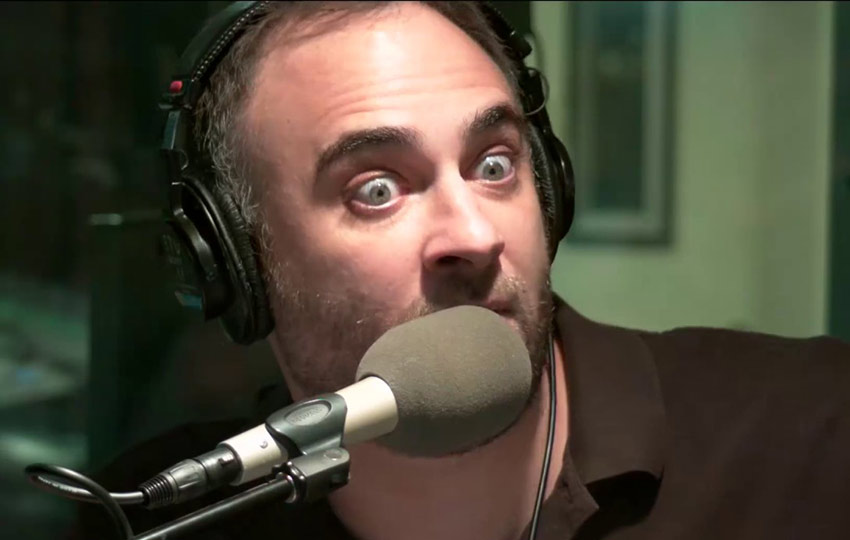 Kurt Metzger talks to young people about sex, we should listen

Kurt Metzger is more a household voice than he is name. He can thank the new breakout Comedy Central animated series Ugly Americans as Metzger supplies the voice to Randall, the zombie roommate of Mark, the series’ main protagonist. Once you hear the man’s voice, it’s distinction is pretty unmistakable... READ MORE

Once upon a time, way back in 2011, Kurt Metzger released an album that cracked me up. It was smart, well-written, and most importantly, very funny. How do you follow an album as good as that one? You release a CD like “White Precious,” where the first track is called “Get Ready For A Letdown!” to extinguish any raised expectations listeners may have going in. Fortunately, the title Metzger chose for this cut couldn’t be more off-the-mark as this time around he treats us to a project that is even better than the last... READ MORE

How 'Horace and Pete' Made the Network Suits Look Good

The single-minded artist fending off compromise in order to realize a vision is a powerfully romantic narrative, but great art is just as often about effective collaboration. While the history of bad television and dismal movies is filled with sad stories of a plethora of cooks in the kitchen, or of commercial motives trampling artistic ones, too much artistic control can be a danger as well. Dave Chappelle, who may be the most gifted comedian alive, now answers to no one, but his current stand-up can wander wildly off course. Woody Allen has earned so much autonomy that his movies can seem hermetically sealed, apart from the world... READ MORE

It's probably a fairly obvious statement to say a good comedian is also a good writer. Of course they are. But by that same token, I feel writing is the facet of stand-up comedy that is most overlooked. A comic is often good because it feels like nothing has been written; it comes off like a conversation with the audience (granted, a very one-sided conversation) that has a natural flow to it and we forget that each line - often times each word - has been meticulously chosen for a very specific reason. Comics write in very different ways. Some, like Orny Adams in the movie Comedian, write out each and every joke on a piece of paper and keep it filed away. Others, like David Cross and Marc Maron, do a lot of their writing on the stage, an approach that simultaneously impresses and scares the crap out of me... READ MORE

NEW YORK, June 13, 2011 /PRNewswire/ -- Known for voicing the role of Randall the zombie on the animated hit "Ugly Americans," Kurt Metzger steps out from behind the drawings to deliver one of the funniest hours of stand-up heard in a long time. Metzger's "Talks to Young People About Sex" digital album will be released on COMEDY CENTRAL Records on Tuesday, June 28. In this hour set taped at Helium Comedy Club in Philadelphia, Metzger explains the difference between Ben & Jerry's and Haagen-Dazs, why God could be a woman and the reasons we should forgive Tiger Woods... READ MORE

At a certain point in his special White Precious, comedian Kurt Metzger homely refers to himself as “Uncle Kurt,” and he might be the kind of Uncle that you’d go visit on a regular basis to get away from the humdrum of everyday life. Erudite without being snobbish, while effecting an easygoing delivery style, Metzger manages to draw from a wild reliquary of scenarios and write extremely well about them – all of which makes the 36-year-old comedian’s first hour stand-up special good enough to share a named with an Oscar-nominated film... READ MORE

Kurt Metzger's (@kurtmetzger on Twitter) hilarious new stand-up special, White Precious is a refreshingly dark and misanthropic way to spend an hour. Fans already familiar with his popular podcast, Race Wars will not be surprised by the candidly abrasive tone. Metzger gets away with this material because it is also intelligent and thoughtfully conveyed. Undoubtedly, Kurt Metzger is one of the most underrated names in comedy... READ MORE

Talking with Kurt Metzger About His Emmy Nomination

Kurt Metzger is so damn funny. His comedy special “White Precious” aired last month on Comedy Central, to rave reviews, he killed at Montreal Just for Laughs in The Nasty Show, and you can see him performing in clubs all over New York City regularly. And stand up is only part of the picture– he also records a hit podcast, “Race Wars” with Sherrod Small weekly, and he’s been writing his ass off for shows like Chappelle Show, and The Jim Norton Show on Vice.com, and he was recently nominated for an Emmy! Metzger has been writing for Inside Amy Schumer for both of its two seasons and the show is without a doubt the best written sketch show on tv today. RJ Waldron talked with Kurt recently about writing for the show, and being nominated in this latest edition of “The Set.” If you love stand-up, if you love sketch, if you love Inside Amy Schumer, you’ll definitely want to read RJ’s Kurt Metzger interview... READ MORE

"Horace and Pete" Is Louis C.K.’s Most Audacious Independent Creation Yet

On Saturday morning, just after ten o'clock, while the lazy or childless among us were still futzing about for coffee in our kitchens, the comedy auteur Louis C.K. sent an e-mail to his list of subscribers announcing the release of a surprise project. "Hi there," the e-mail began. "Horace and Pete episode one is available for download. $5. Go here to watch it. We hope you like it." A couple of clicks and a credit-card authorization later, fans had access to a startling, sometimes funny, often despairing hour and seven minutes of "Horace and Pete," written and directed by, and starring, Louis C.K... READ MORE

3 Reasons Why Louis C.K.'s 'Horace and Pete' Might be the Best Series of Our Time

If there's any show that can be said to symbolize our present "golden era" of TV, it's Horace and Pete, the comedian Louis C.K.'s new series set in a Brooklyn bar. C.K. unveiled the 10th and final episode this weekend. This is is an odd thing to say when you consider the fact that C.K. released the series via his website without the need of a network, and that Horace and Pete feels more like a docudrama or an episodic piece of theater than anything I've ever witnessed on a small screen... READ MORE 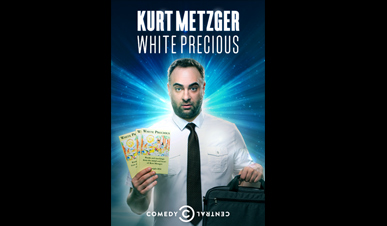 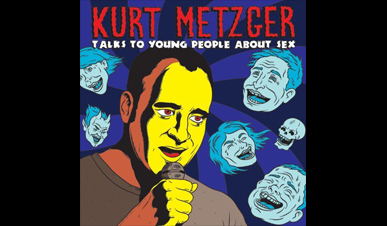 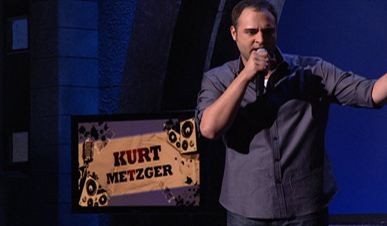